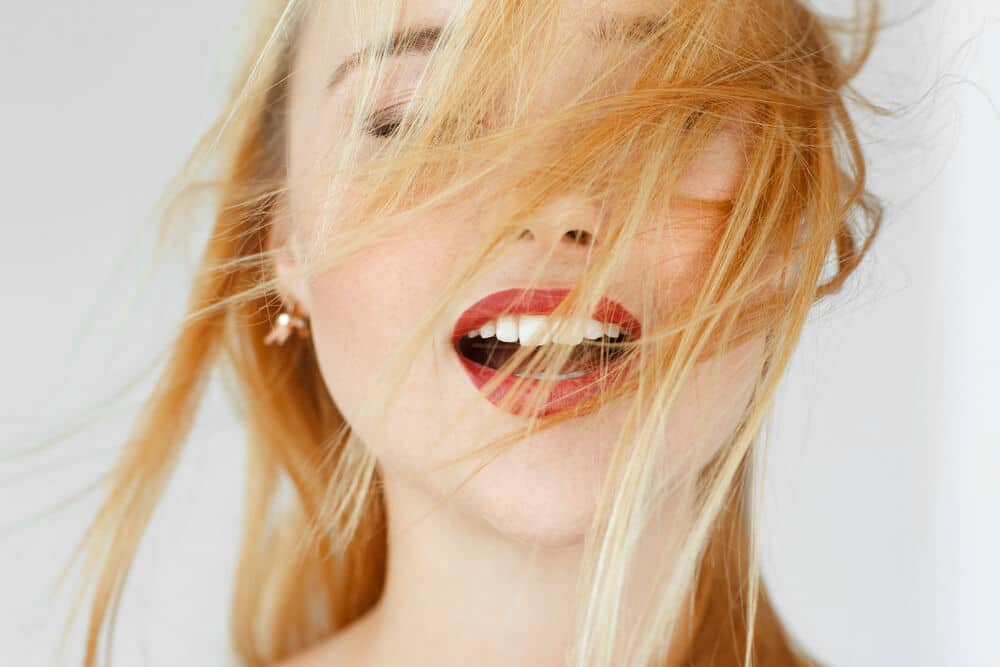 Remember the time when the famous blue pill Viagra was launched into the market? Well, the news took everyone by surprise and the pharmaceutical company Pfizer made sure that every person got his dose. Where Viagra used to work for men by increasing their blood flow to the penis, it was believed that it could work for women too. Several trials conducted on women showed that there was an increased arousal sensation, vaginal lubrication, and orgasm in premenopausal women. However, Viagra wasn’t approved by the FDA to be used by women. It has been used by women off-label ever since. While Viagra is somewhat successful for increasing libido in premenopausal women, there are several instant female arousal pills that aim to regain sexual interest in women as well. Sexual dysfunction in women such as Female Sexual Interest Arousal Disorder (FSIAD) and Hypoactive Sexual Desire Disorder (HSDD) which causes a decrease or an absence of sexual drive can be treated with the help of these instant female libido pills that can be easily availed over the counter. Where some of these pills are sold off-label, a prescription might be necessary for some.

Let’s now discuss some of the top female enhancement pills and supplements that can be used to increase libido in women.

Addyi, also known as Flibanserin is an oral medication used for the treatment of FSIAD. It was approved by the FDA in 2015 for use in premenopausal women.

Addyi is known to increase the levels of dopamine and norepinephrine in the brain and decrease the levels of serotonin. It was initially used as an antidepressant but was later approved for the treatment of female sexual disorders. It works on the neurotransmitters which are actually brain chemicals (and not hormones), thus, binding to the serotonin receptors in the CNS (Central Nervous System).

Addyi has been designed only for women who experience a loss of libido due to an imbalance of brain chemicals.

Addyi is meant to be taken orally once per day. You should not consume more than one tablet in 24 hours. A regular dosage should be followed for eight weeks to experience positive results.

Side-effects that can occur include headaches, dizziness, sleepiness, nausea, dry mouth, and insomnia. Follow your doctor’s prescription carefully and read all the instructions mentioned on the leaflet of the drug. Let her know about all the medications that you have been taking as they can worsen your health and lead to some major side-effects.

Lovegra 100mg, also known as Female Viagra is one of the best female libido pills that help women to regain their sexual interest.

Lovegra contains the ingredient Sildenafil Citrate (found in Viagra) that increases the blood flow to the vaginal area which provides lubrication so that you can enjoy having sexual intercourse with your partner. Therefore, you do not any stuff such as oils, lotions, lubes, moisturizers, etc. While the working mechanism of this pill does not have any relation with the brain, it is majorly used by women who experience a decrease in their overall sex drive as they age.

The recommended dosage of Lovegra is one tablet per day. Taking more than one tablet can result in serious side-effects. Side-effects that can occur include headaches, flushing, nausea, dizziness, diarrhea, and abdominal pain. For best results, take it on an empty stomach one hour before sexual intercourse.

Another medication sold under the name Ladygra 100mg works in a similar manner and is popular with the name Pink Pill. It also contains the ingredient Sildenafil Citrate and the effects last for as long as 4-5 hours.

Provestra is one of the best natural female libido supplements that increase sexual desire. It is made by best-in-class ingredients and aphrodisiacs such as L-arginine, Theobromine, Ginger Root, Ginkgo Biloba, Damiana Leaf, and Ginseng Root.

Hormonal imbalances in women have a negative impact on their overall health. Their sex life gets affected due to various reasons such as stress, menopausal changes, pregnancy, poor nutrition, irregular periods, etc.

Provestra works by maintaining a balance of hormones in the body that affect your sexual health. This helps to rekindle sexual interest and increase sexual fantasies.

A single pill of Provestra is recommended to be taken daily. It takes 7-8 days to experience the positive results of this libido supplement. A course of 30 days should be followed to regain sexual interest and improve libido.

Due to the presence of natural herbs, there haven’t been any side-effects reported so far. However, it is always suggested to follow the prescribed dosage of one tablet per day.

Vyleesi is known to work activating the melanocortin receptors. However, the exact mechanism by which it works is still unknown. The effectiveness of this medication has been clinically studied which is why it is recommended for the treatment of HSDD in women.

Vyleesi is injected under the skin of the abdomen or thigh at least 45 minutes before any sexual activity. You should not inject more than one dose in 24 hours. An overdose can lead to side-effects such as headaches, nausea, flushing, and vomiting. Furthermore, women suffering from high blood pressure should refrain from using this medication as Vyleesi causes an increase in blood pressure. Consult your doctor before taking this medication.

Vigorelle comes in the form of a topical cream that needs to be applied to the vagina. The application of this cream gets you in the mood for sex in an instant.

Dong Quai contains a natural compound Coumarin that works by dilating the blood vessels and relaxing the smooth muscles of the body. It helps in hormone regulation from PMS to menopause. This leads to an increased sexual drive by boosting reproductive health.

A single capsule of Dong Quai is intended to be taken twice per day. For best results, take one capsule with water before breakfast and one before dinner.

Dong Quai is considered as one of the safest female libido supplements that do not cause any side-effects. However, you should always consult your doctor before making use of this medication.

While the above-mentioned female enhancement pills are safe to use, it becomes essential for you to discuss your problems with your doctor. If you are suffering from any health conditions or take any medications to treat any of your illnesses, you should let your doctor know about them. This will help the doctor to examine your condition properly and recommend a drug that’s best for you.

Underlining the cause of your problem also becomes necessary as it helps you to focus on your relationship and overall well-being.

Reasons that You May Not Be in the Mood for Sex

A woman’s body goes through multiple changes every month and as she ages, her health is likely to be affected by certain physical and psychological factors. Hormonal imbalances, irregular periods, PMS, etc. are some of the common factors that come into the limelight when we talk about a decreased sexual drive. However, there are a few other reasons as well.

1. Disorder such as Dyspareunia which Causes Pain during Intercourse

A disorder such as dyspareunia which causes genital pain during intercourse and affects 8-21% worldwide is one of the reasons for a low sexual drive. Studies suggest that women become more concerned about the pain during sex which makes them feel less motivated to have sex with their partner. On the other hand, the same doesn’t hold true for men. Hence, women with chronic pain often experience a decreased desire to have sex.

2. Use of Hormonal Contraceptives

4. It’s Not Working Out Anymore

A study published in the Journal of Sex & Marital Therapy shows that the level of sexual desire decreases as the length of the relationship of both partners increases. One of the sex researchers says that it takes a lot of creativity, openness, and efforts to keep things going when you have been in a relationship for long. While making time for each other might play an important role, keeping things fresh and exciting is also crucial.

As discussed above, any type of chronic pain deteriorates the sexual drive of a woman. Women who get frequent headaches and migraines are more likely to experience a loss of sexual interest. Women who get headaches frequently often have mood disorders which leads to various stress-related issues such as anxiety, depression, etc. which also affect the sex drive of a woman.

The reasons that we have just discussed are often ignored but they play a crucial role in determining why you haven’t been in the mood for sex for so long. Our list of top female enhancement pills can definitely help you to counter this situation and bring back the spark in your relationship. Make sure that you take care of your health properly and consult your doctor for any medical help.