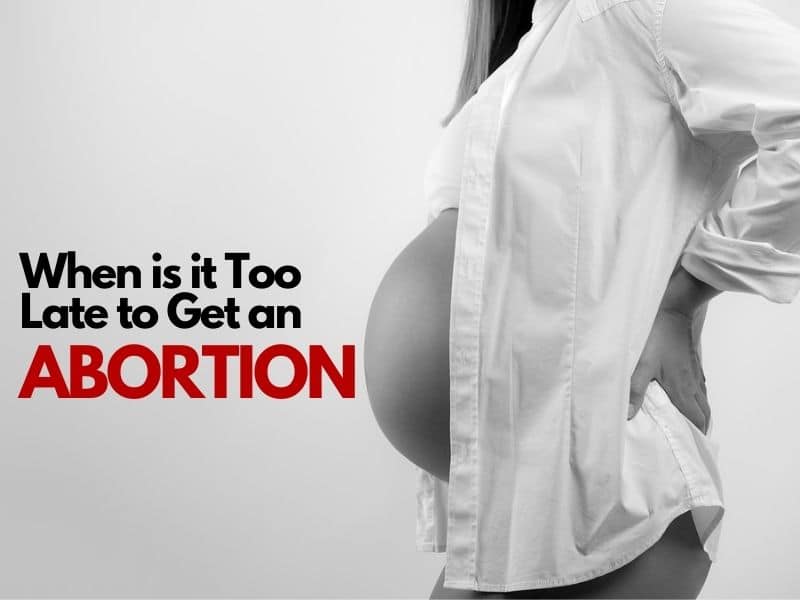 Making a well-informed decision for your pregnancy can be difficult. Responding to an unplanned or unwanted pregnancy can be challenging, especially because the clock seems to be running out. If you plan to get an abortion, you should get it sooner as the chance of complications increases as your gestational age increases. And if you’re wondering whether there are any risks involved, you should rest assured as abortion is a very safe and convenient medical procedure.

According to the Centers for Disease Control and Prevention (CDC), more than 600,000 abortions took place in 2013 in the United States. And talking about the risks – maternal mortality rates are extremely low with a death ratio of 0.65 deaths per 100,000 abortions. This report comes from the CDC calculated between 2008 and 2012. And how sooner should you get an abortion? That’s answered by the research from the Guttmacher Institute – abortions taking place during the first trimester of pregnancy have less than 0.05% risk of complications. That being said, you should visit your doctor to find out how far along you are in your pregnancy the moment you miss your period.

Let’s now take a look at the abortion methods available to you and how many weeks can be too late for you to get an abortion.

How Many Weeks is Too Late for an Abortion?

Once you get an ultrasound done to determine the gestational age, your doctor will then let you know about the abortion options that are available. Most abortions take place in the first trimester – a gestational period of 12 weeks.

There are two abortion methods available – medical and surgical. However, medical abortion is available only for the first 10 weeks of pregnancy. It involves the use of an MTP Kit (that contains Mifepristone and Misoprostol) that blocks the effects of progesterone and induces uterine contractions to pass the pregnancy tissue out of the uterus. It is an effective procedure with an efficacy rate of 98% when performed within the first 8 weeks, 96% effective when performed between the 8th and 9th week of pregnancy, and 93% effective when performed between the 9th and 10th week. Therefore, if you’re wondering how late can you take the abortion pill, you should know that it is highly effective when taken within the first 10 weeks of pregnancy. If you take it during the 12th or 13th week of pregnancy, you’re likely to experience an incomplete abortion i.e. the products of conception won’t get expelled completely and you’ll need surgery to get them removed.

As per the CDC, 91.6% of abortions are performed within the first 13 weeks of pregnancy. Both medical and surgical abortion methods are considered the safest during the first trimester.

So, what if your gestational age is 12 weeks or even more? Well, the surgical procedure is still available. Though it uses suction to extract the pregnancy tissue, the procedure can become complicated if your pregnancy is around 20 weeks. How late you can get an abortion depends on the state you live in. The reason why abortions cannot be legally performed after 24 weeks of pregnancy is that the baby can survive outside the womb after this time. In some special cases, an abortion may be performed after the 24-week gestational period. This can happen only if the pregnancy puts the mother’s life in danger or there are any fetal abnormalities involved. Late abortions are still an option but the numbers can tell you that they aren’t chosen by most women. 7.1% of abortions are known to occur between 14-20 weeks whereas only 1.3% of abortions are performed after 21 weeks. So, what is the cutoff time for abortion? And how long in pregnancy can you have an abortion?

Abortion Cutoff: How long in Pregnancy Can You Have An Abortion

The answer to this question totally depends on the state you live in, and obviously how sooner you make the decision of getting an abortion after discovering that you’re pregnant. There can be numerous reasons why a woman may be unsure of getting an early abortion and consider abortion later in her pregnancy.

The cut off time for abortion in the US varies from one state to another.

Limiting access to abortion and imposing restrictions on women takes away their right of choice. You can check the complete list of states and their cut off time for abortion here.

If you have just got to know that you’re pregnant, you should make this time-sensitive decision as soon as possible. Whether you wish to continue your pregnancy or get an abortion, consider your options beforehand by talking with a medical professional. A time-sensitive decision doesn’t mean that you have to rush into making a decision that isn’t completely yours. If, however, your pregnancy has advanced to a later stage and you plan on getting it terminated, speak with your healthcare provider about it – what all options do you have. Given the abortion time frame (as your state would have imposed on you), it would become difficult for you get the pregnancy terminated (unless there are fetal abnormalities involved or your life is in danger) at a later stage as the risk of complications would have increased or your fetus would have reached the point of “fetal viability”. It’s important that you talk to an experienced provider who can help assess your options and determine what’s best for you.