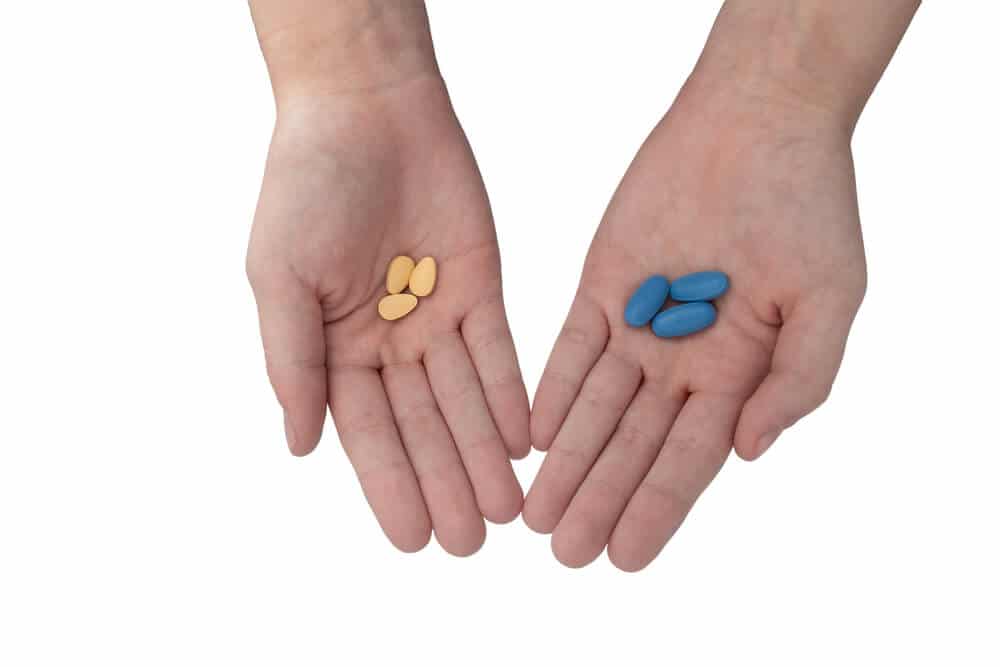 If you take on the Internet, you’ll find people asking various questions on Q&A websites and sharing their verdict on the use of certain drugs. A majority of these questions are answered by people with no prior medical knowledge. Therefore, it becomes essential for you to know whether the information that is being given to you is trustworthy or not. While most of the people keep experimenting with various drugs on their own, it is certainly not advised as it may be fatal for your health. If you are suffering from a health condition, it is your duty to discuss all possible drug interactions with your doctor before you consume any medication on your own.

A heated debate has been going on over the Internet whether the famous ED drugs Viagra and Cialis can be taken together or not. Viagra and Cialis have been long known to treat Erectile Dysfunction (ED) in men. But can the two of them be mixed together?

Before we discuss the interactions of these two drugs, let’s take a look at how exactly these drugs work.

Viagra and Cialis – What are they and How do they Work?

Viagra, also known as the “little blue pill” is an oral drug that is used for the treatment of Erectile Dysfunction (ED, also known as Impotence) in men. Long after this drug came into the market, it changed the lives of a million men. But do you know how exactly this drug was discovered?

Well, Viagra was initially used to treat the problem of high blood pressure and angina (a form of chest pain). The group of Pfizer scientists discovered the mechanism of Viagra – how it opened blood flow and how it was pretty widespread throughout the body. This led to the first medical trial for Viagra on a group of patients suffering from angina and erectile dysfunction. After a few hours, patients reported experiencing an unusual side-effect of the drug. They started experiencing erections. Thus, the cure for ED was discovered. Viagra got its approval by the FDA in 1998.

After making its way into everyone’s bedroom, now was the time for Cialis to enter into the market. The parent company Eli Lilly launched a ground-breaking commercial under the name “Weekend Pill”. The name “Weekend Pill” comes from the long-lasting effects of Cialis of 36 hours. Cialis got its approval by the FDA in 2003.

Both Viagra and Cialis belong to a class of medications known as Phosphodiesterase Type 5 (PDE 5) inhibitors. The mechanism by which both these drugs work is the same. PDE 5 is an enzyme that causes a constriction in the arteries and does not let blood flow properly. When a person is sexually stimulated, a chemical known as Nitric Oxide is released into the penis. This chemical is responsible for the production of cGMP (cyclic guanosine monophosphate), a nucleotide that controls the contraction and dilation of blood vessels. For an erection to occur, the penis needs to be filled with blood. The enzyme PDE 5 destroys cGMP and the erection does not occur. The presence of Sildenafil Citrate (in Viagra) and Tadalafil (in Cialis) makes it possible for cGMP to be produced properly by blocking the action of PDE 5. As more and more cGMP is produced, blood flows easily to the penis. As more and more blood flows to the penis, a pressure is created. This leads to an erection.

For these drugs to work properly, sexual stimulation is necessary.

Before the interaction of both these drugs (with each other) can be discussed, it is important to know how they are metabolized in the system.

How are Viagra and Cialis metabolized in the system?

Upon oral administration, Viagra is rapidly absorbed into the bloodstream with absolute bioavailability of 40%. Its absorption, distribution, metabolism, and excretion rate is directly proportional to the dose intake. The use of P450 3A4 inhibitors such as Erythromycin, Ketoconazole, Itraconazole, and CYP inhibitor such as Cimetidine are responsible for increased levels of plasma concentration in the blood.

When Viagra is consumed on an empty stomach, the plasma concentrations reach their maximum within 30 to 120 minutes. On the other hand, when it is consumed with a high fatty meal, the rate of absorption is reduced. Viagra is cleared predominantly by the hepatic CYP3A4 enzyme system. Whether taken orally or intravenously, Viagra is excreted as metabolites – 80% in the feces and 13% in the urine.

Similarly, as the dose increases, the absorption, distribution, metabolism, and excretion rate of Cialis also increases. Steady-state plasma concentrations are achieved within a period of 5 days following a single daily dosage of the drug. The use of CYP3A4 inhibitors such as Ritonavir and Ketoconazole results in increased levels of plasma concentration in the blood.

Cialis comes in various doses such as Cialis 5 mg, Cialis 20 mg, Cialis 40 mg, and Cialis 60 mg. The mean plasma concentrations evaluated after administration of a single dose of Cialis 20 mg is given below:

Upon oral administration, the plasma concentrations reach their maximum between 30 minutes and 6 hours. The rate of absorption and the onset of this drug isn’t affected by the influence of food. Thus, Cialis can be taken with or without food.

Like Viagra, Cialis is also predominantly metabolized by the hepatic CYP3A4 enzyme system. It is excreted as metabolites – 61% in the feces and 36% in the urine.

Although both Viagra and Cialis work by inhibiting the action of enzyme PDE 5, the half-life of Viagra is 4-5 hours whereas that of Cialis is 17.5 hours.

So, now that you know how both these drugs are metabolized in the system, let’s discuss whether you can mix Viagra (Sildenafil Citrate) and Cialis (Tadalafil) together or not.

Mixing Cialis and Viagra Together

A study was conducted on 180 patients to evaluate the efficacy of Viagra and Cialis when taken together for the early-stage treatment of Erectile Dysfunction. Patients were given a starting dose of Cialis 5 mg and Viagra 50 mg. These patients were evaluated on the basis of drug tolerability and adverse effects (if any). The group consisted of men with moderate to severe ED. Their scores were evaluated on the basis of the group that was given Cialis only to the group that was given a combination of both Cialis and Viagra. A significant improvement in erectile function was seen in patients with severe ED who took a combination of both the drugs. Thus, it was concluded that a combined medication can be useful for improving erectile function in patients with severe ED.

So, if you are thinking that you can take Viagra and Cialis at the same time, there’s something more you need to know. While the study that was conducted involves the use of starting dosages such as Cialis 5 mg and Viagra 50 mg, it becomes necessary for you to know that a higher dosage of both these drugs can result in serious side-effects. Increasing the dose of the drug increases the plasma concentrations in the bloodstream. Therefore, a combination of both Cialis (Tadalafil) and Viagra (Sildenafil Citrate) may not give fruitful results if a high dose is used. A high dose of the drug can cause your blood pressure to drop significantly, resulting in cardiac arrest. Therefore, it becomes essential to discuss all possible interactions with your doctor before taking anything that might be fatal for your health.

Both Viagra (Sildenafil Citrate) and Cialis (Tadalafil) are profoundly used for the treatment of Erectile Dysfunction in men worldwide. The mechanism by which both these drugs work is the same. However, the effects of Viagra are known to last for a period of 4-5 hours whereas that of Cialis last for 36 hours. Both Viagra and Cialis are predominantly metabolized by the hepatic CYP3A4 enzyme system. If you are thinking of mixing both these drugs together at the same time, a starting dose may turn out to be harmless. However, you should consider talking to your healthcare provider before taking any medications on your own. If you suffer from any health condition or take any medications to treat your existing illnesses, it is possible that the combination of these drugs might interact with other medicines and deteriorate your existing health condition. Therefore, if you suffer from ED, you should follow your doctor’s prescription carefully. If you are unable to achieve desired results, you should try reaching your doctor and look for other options that might help you.